Zaya Nurai Island is a award-winning luxury resort island, just off the coast of Saadiyat Island in Abu Dhabi. The island hosts several dozen villas, 5 restaurants, numerous attractions (including a surf pool), as well as a full set of infrastructure with RO plant, STP and staff housing.

Due to the off-shore location, the island had been powered by diesel generators for several years. In a quest to reduce the cost and environmental impact of the power generation on the island, Zaya has contracted Enerwhere to supply the power on the island on the basis of a Power Purchase Agreement (PPA). Enerwhere deployed a customized solar-diesel hybrid system to the island in July 2016, designed to minimize the visual impact on the luxury island atmosphere. The solar plants are largely hidden on the roofs of utility buildings and back-of-the-house areas, with only a low-profile east-west facing solar system visible from the south beach.

The system integrates the solar  systems distributed over the island with the fully synchronized high-efficiency diesel power plant via a newly constructed medium-voltage network. The system also integrates the island’s existing generators at 3 locations on the island as additional backup capacity  to provide cost-effective, reliable power around the clock. 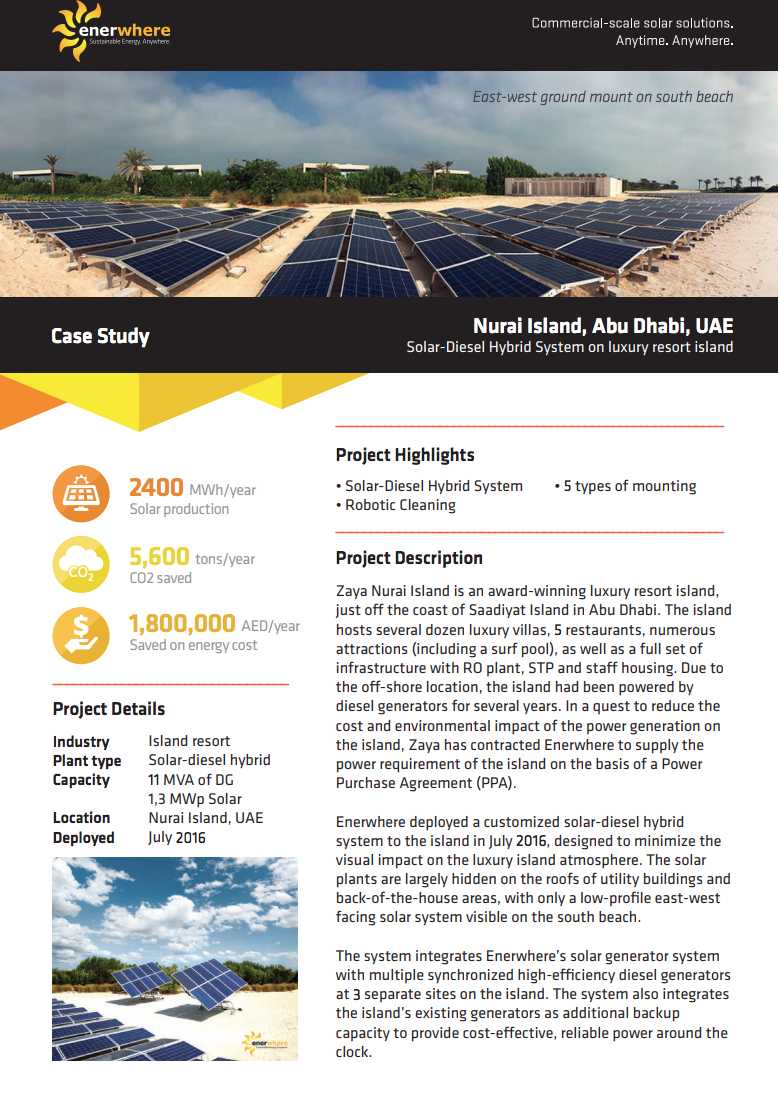